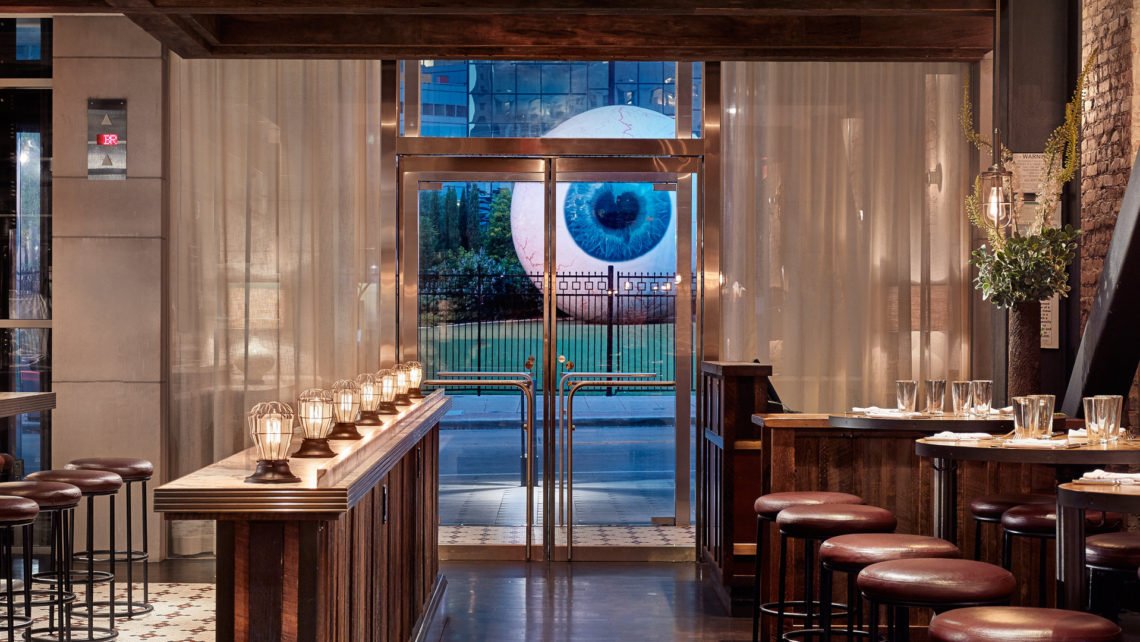 When you’re away from home, what do you look for in a space to stay? For some people, sure, it’s all the same when you turn off the lights, and the only requirements are for the space to be affordable and clean. But for others, a hotel room is not just a place to sleep. A hotel is a place that can reflect all of the primary facets of our culture: we dine, we sleep, and we entertain. And some of us yearn for a place that feels like a home away from home.

The Joule Hotel, established in 2008, has been a major player in revitalizing and bringing positive energy to downtown Dallas. The building is a neo-Gothic landmark in the heart of Dallas’ business district, and has been described as the height of luxury. What makes the Joule Hotel further shine, however, is its impressive collection of art, strategically placed in various areas of the hotel. Let’s find out more:

Tell us about how The Joule got started.

The Joule (J): Headington Companies was immediately interested in 1530 Main Street when it became available in the early 2000s. Located in the heart of downtown Dallas, the stunning 1930s Neo-gothic sky scraper was situated next to the flagship Neiman Marcus and several corporate headquarters. The location spoke out as much as the building did. After studying the structure and exploring the options, the development of a very unique hotel came to life. Designed by Adam Tihany, The Joule opened in 2008 and is comprised of three fully restored 1930s buildings, which complement the newer structures to complete a space that is rich in design and cultural dynamism. Over some time, the original investment was followed by other properties in the neighborhood, which allowed the creation of a dense footprint with one-of-a-kind amenities: two restaurants, an underground cocktail salon, an artisanal coffee shop, museum-quality artwork, an 8,000 square foot spa, a fitness studio, indoor and outdoor event space, a breathtaking pool, and much more. This city setting represents the only true urban environment in the region, so the investment in creating socially vibrant and engaging destinations in the area is sure to continue.

What does The Joule stand for?

J: The name is borrowed from the international unit of energy. Over the years, The Joule hotel has crafted a tasteful union between the city’s historic spirit and energetic cultural growth.

Can you explain how The Joule, as a space, is unique in comparison to other hotels?

J: The Joule is known for its vibrancy and programming as much as much as its design and high quality of service. Over the years, it has become clear that people enjoy socializing in common spaces like the lobby, or spending leisure time dining, listening to music, or attending cultural events – all either on the property or within easy walking distance. By providing so many casual, social, and spontaneous offerings — within a thoughtfully designed space and location — a sense of place has been created for guests, whether they are visiting or locals.

Depending on the time of year, nearly all of the aforementioned spaces, indoor or out, are home to an array of events, from a Champagne tea service in the Taschen Library, to a magazine launch party on the rooftop terrace, a bridal shower at the Spa, or a gallery’s post-opening party in any one of the dining and cocktail outlets. The goal is for guests to enjoy a full and unique range of experiences.

What is the most important message, or feeling, that you want your guests to experience during their stay?

J: It is important for guests to enjoy an experience as unique as their surroundings. With a total of 161 guest rooms, The Joule balances a boutique hotel feeling with expansive luxury. The staff stands as a display of The Joule’s dedication to hospitality – whether visitors are in town for business meetings or indulging in the vibrant art scene, The Joule family is intent on delivering a well-curated and welcoming experience. The reception to our projects has been tremendous, and each area has loyal followers of their own. The Joule and its offerings inspire visitors to return, whether for the meal they haven’t tried yet or that spa appointment they know they deserve. There’s much to discover, and that is in large part the point – to see something new each time they visit.

Describe your observations of the guests’ attitudes and interaction with the art pieces.

J: For the hotel guest, the collection is immediately stimulating, inviting and inclusive. The works reflect the energy of a thriving Dallas arts and business district. The patrons of the hotel are inquisitive, and impressed by the forward-thinking art experience. While much of the art experience is subtle in interaction, Tony Tasset’s 30-foot Eye is quite likely one of the most photographed icons in the city and an installation impossible to ignore.

If you could only use three adjectives to describe your art collection, what would they be?

Tell us more about your art collection.

J: Since The Joule’s inception, founder and proprietor Tim Headington has continued to acquire museum-quality works for both the hotel and retail spaces. Complementing the existing collection, which includes Richard Phillips, Adam Fuss, and Ellsworth Kelly, among others, the new acquisitions are periodically rotated into the public spaces of the hotel.

Notables include: Outspan (2008), a major bronze work by Tony Cragg; Aqujeros en el Suelo (2011), a significant work by Los Carpinteros; Global Express (2011), a video installation by Leandro Erlich; and a variety of young artists, such as Noam Rappaport, Andrew Kuo, and Anthony Pearson, who are making an impact in the current art scene.

A noteworthy piece in the property’s art collection is artist Tony Tasset’s Eye, a 30-foot-tall sculpture located in an exhibition and outdoor event space across from The Joule and adjacent to fashion emporium Forty Five Ten on Main. It’s one of the most photographed scenes in the city, and has become a landmark for the neighborhood.

The large-scale mosaics featured in the lobby and other common areas throughout the hotel are of special significance in that they only narrowly escaped demolition in 2012, thanks to Tim Headington. They are all works by Millard Sheets, a mid-century artist from California whose pieces were commissioned for the Mercantile Building in downtown Dallas decades ago. After Headington personally funded the salvaging efforts and years of restoration work, he chose to display more than 70 pieces in The Joule. Representing Headington Companies’ deep commitment to preservation and restoration, they are as striking as they are rare.

What was the most challenging aspect of having such an intensive art collection/program?

J: Durability and conservation are a concern in any public setting. Security and choosing artworks that are not too delicate. It is imperative to be stimulating without being pretentious, off-putting, or offensive.

What do you look for in acquiring new art pieces?

J: Acquiring works that engage the hotel guest not just once, but over multiple visits. The Joule chooses art that provides an impressionable experience and complements the environment.

How does The Joule participate in the growing Dallas art scene?

J: The Joule works in collaboration with the city’s most respected arts organizations by hosting functions in its art-filled environment. The hotel accommodates art professionals from all over the world for various art-related functions and organizations, i.e. Dallas Art Fair, Dallas Contemporary, museum openings, pop-up installations, and visiting artists.

Headington Companies is also a major corporate sponsor of exhibitions and art events. Its most notable social gathering is The Eye Ball, a casual and funky outdoor event at The Joule in celebration of Dallas Art Fair every April. Hosting more than 500 guests under the watchful gaze of Tasset’s sculpture, the crowd is full of local art lovers, visiting gallerists, collectors, and more.

What is your vision for how the art collection at the Joule should evolve over the coming years?

J: The collection will change, rotate and grow to reflect the evolution of a complex art world and bustling city core. The intention is to remain current and fresh, balancing established and emerging artists, all the while remaining evocative. 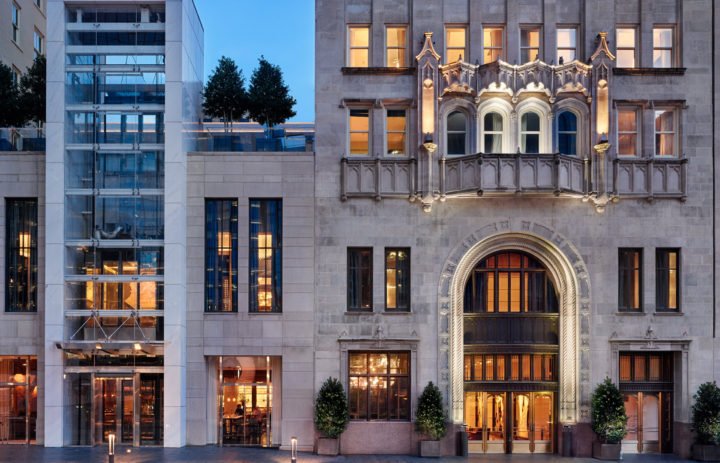 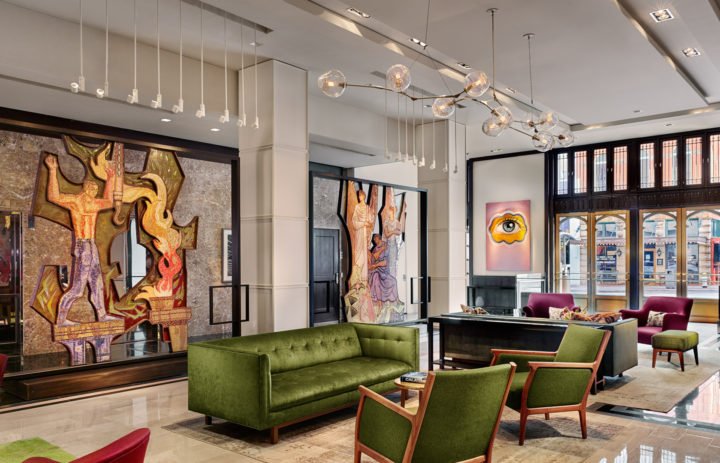 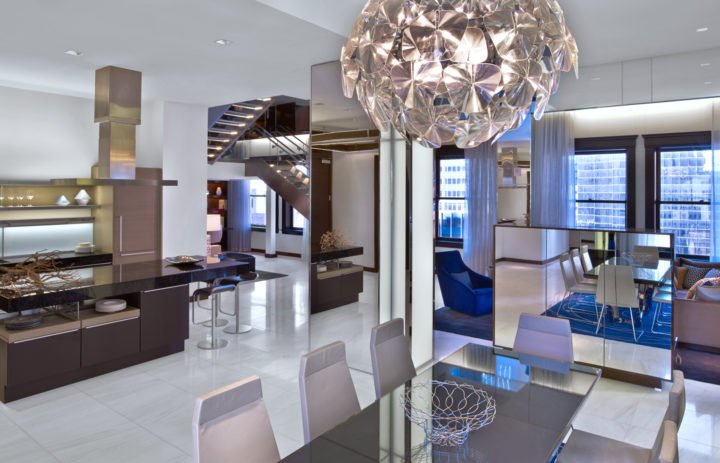 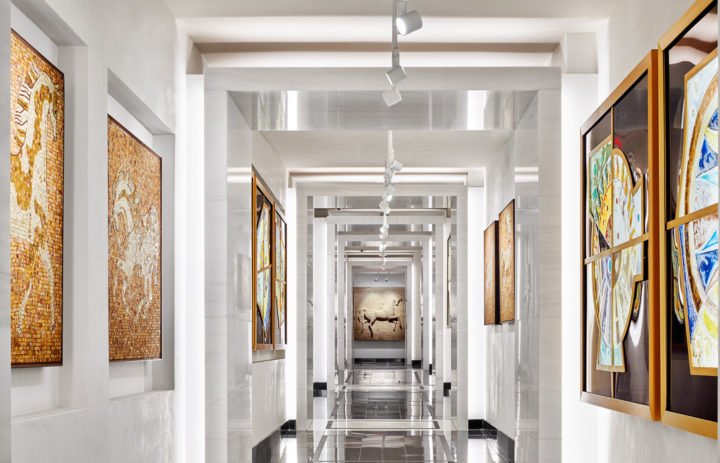 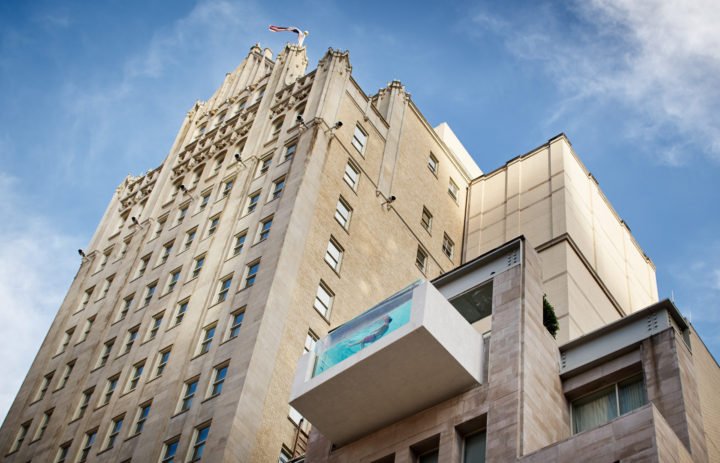 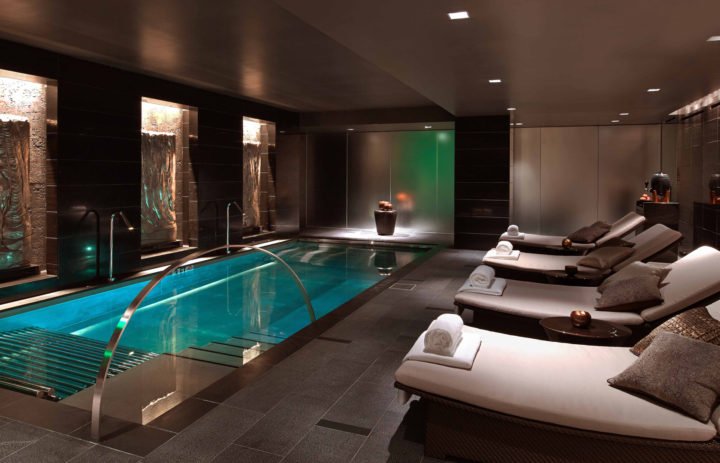 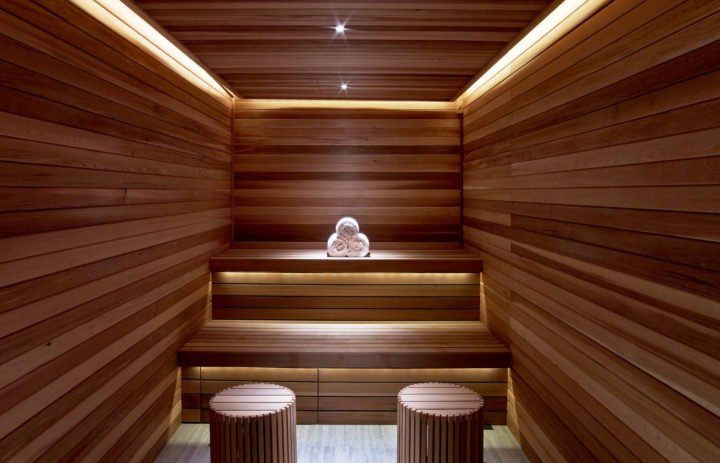 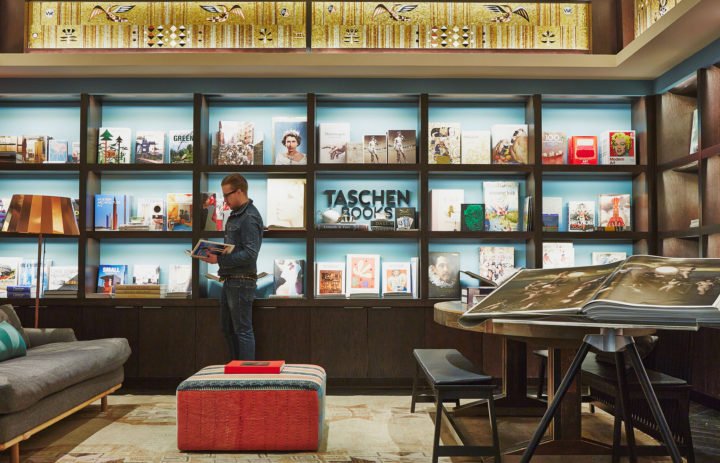 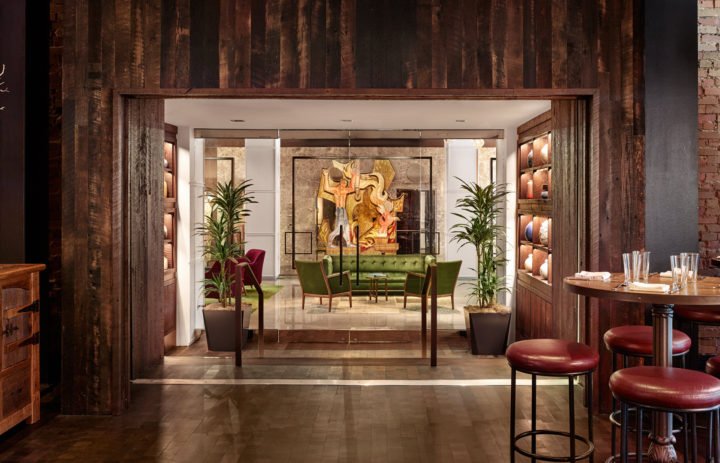 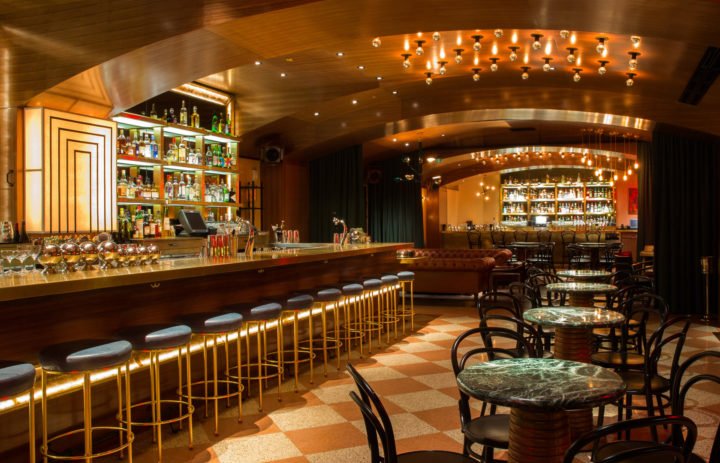 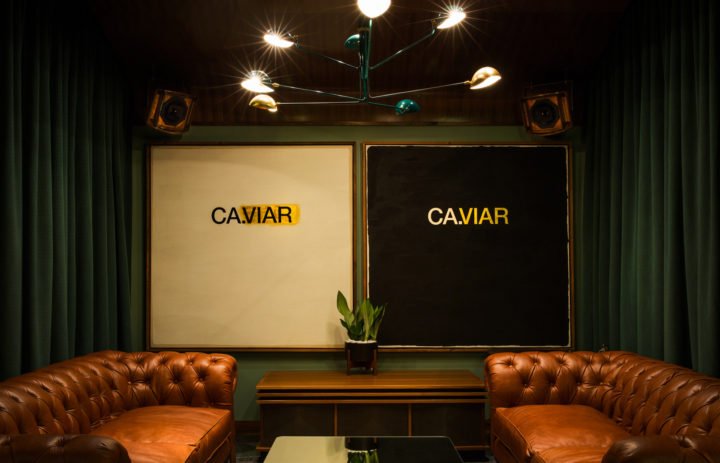 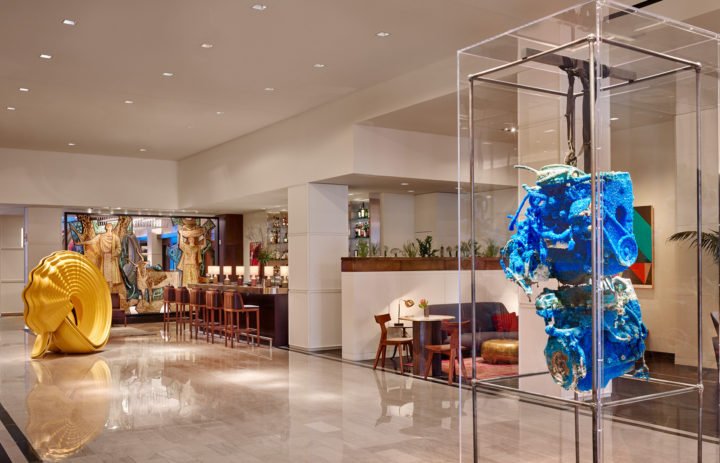 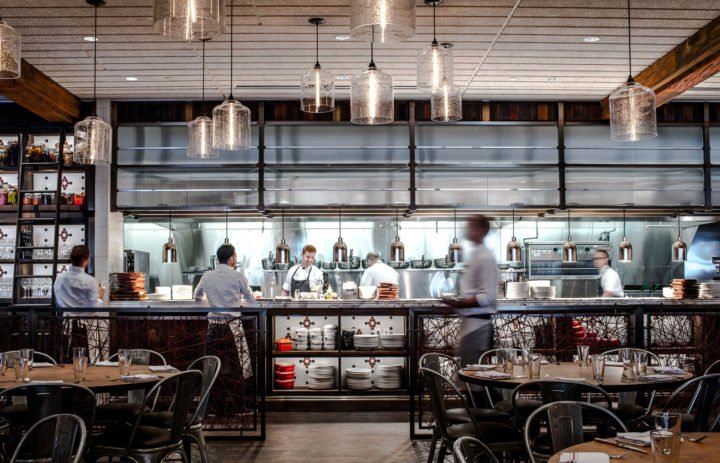 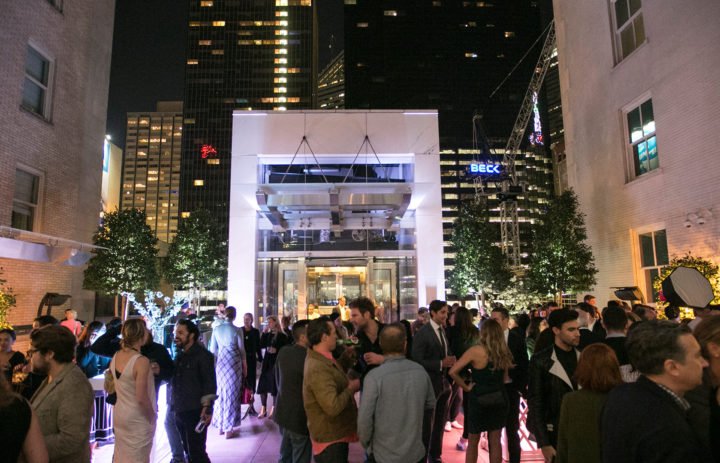 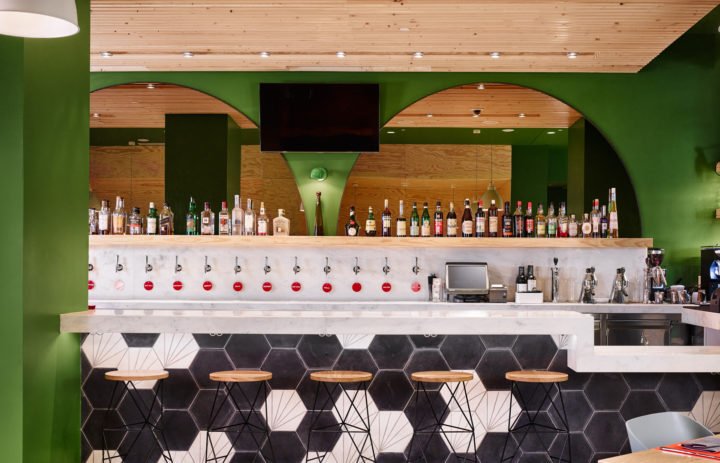 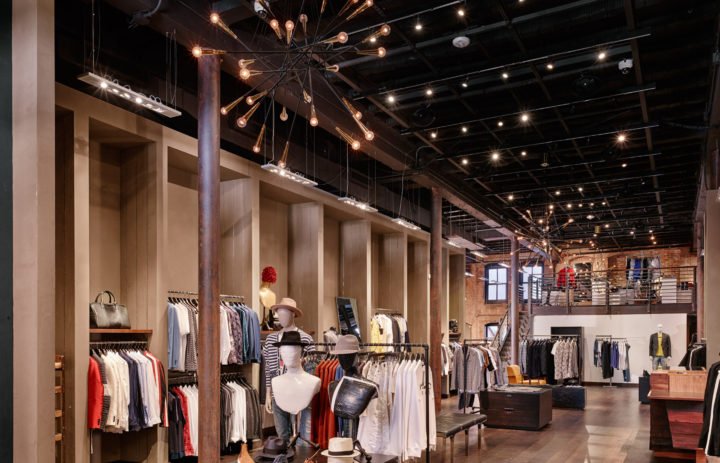 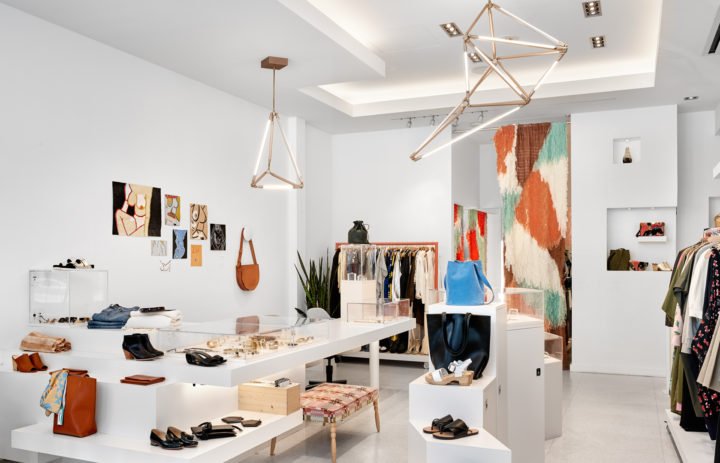 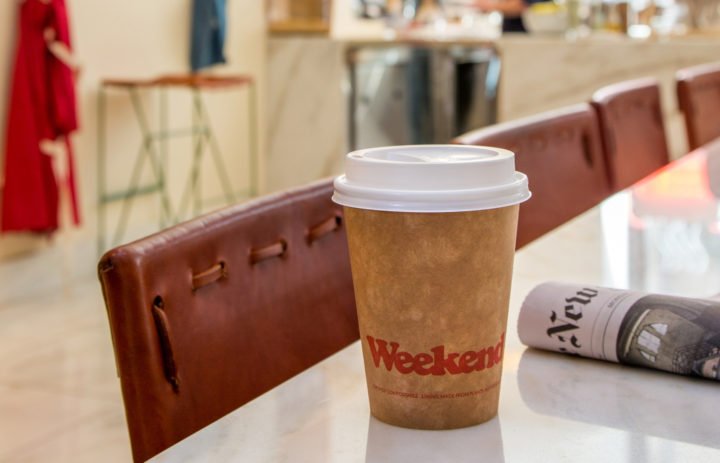