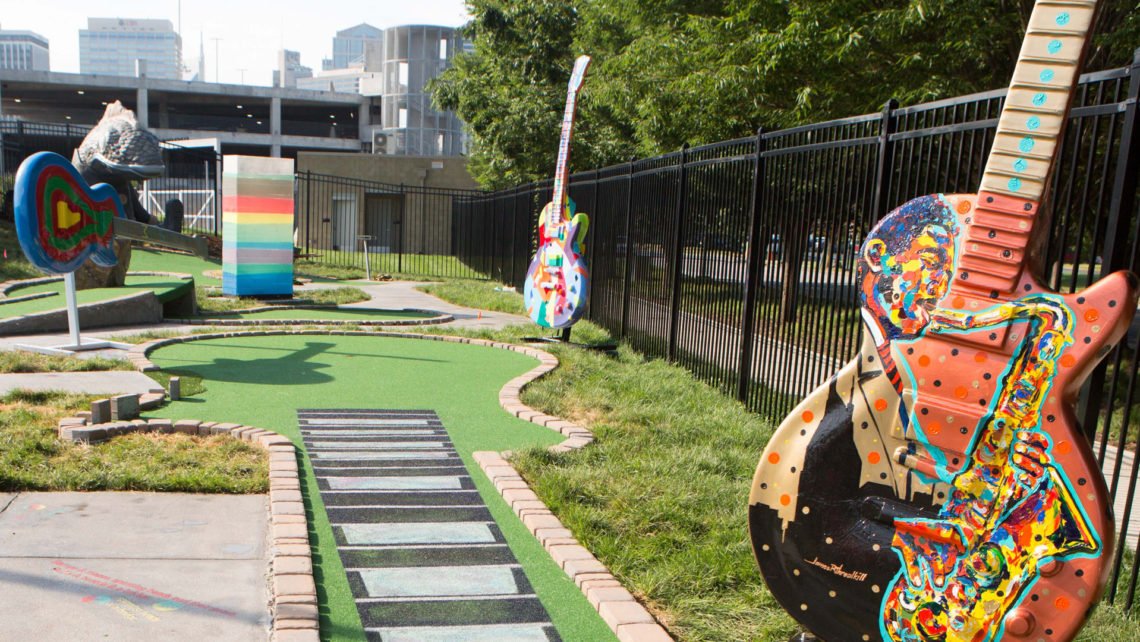 Getting kids – not to mention their adult caretakers – interested in art isn’t always easy. Luckily enough, Max Goldberg is an expert crowd pleaser. His company, Strategic Hospitality, is responsible for opening many of Nashville’s most acclaimed and beloved establishments, ranging from the trailer park-themed bar, Paradise Park, to the city’s finest bowling alley-café-pool-restaurant-hangout spot, Pinewood Social. In one of his most recent projects, which incorporated art into the newly opened mini-golf course by the Nashville Sounds stadium, Max continues to focus on seamlessly connecting experience and art. Each hole was curated by an artist and culminates in a delightful sporting and aesthetic event. In this interview, we find out just how Max was able to bring this whimsical vision to life. 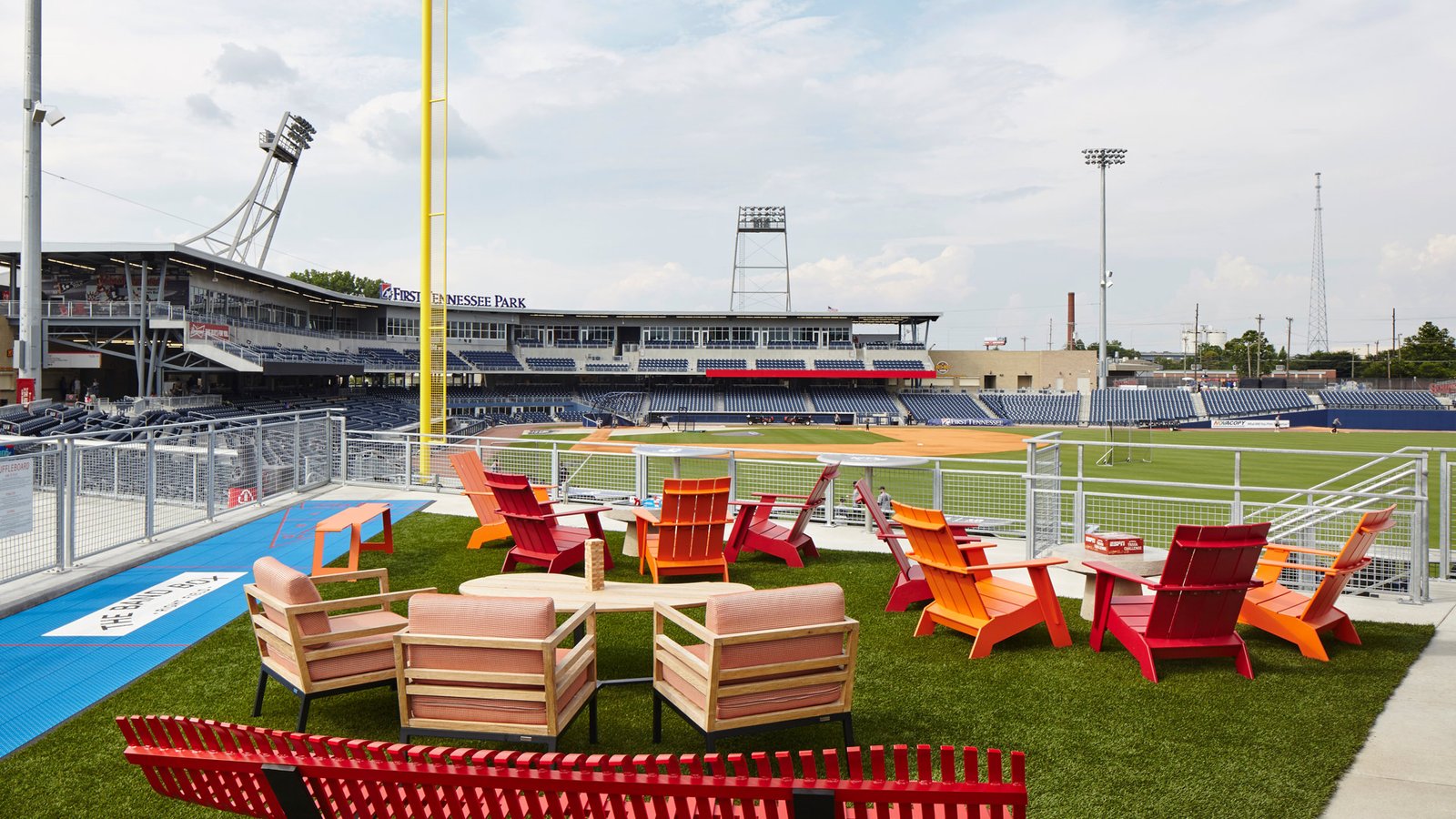 Question (Q): Could you tell me a little about how this idea came about, what inspired you to bring art to the mini-golf course?
Max Goldberg (M): Well, first we went in and opened up the Band Box, to try to create a space for folks that may love being in a ball park but want to have more of an offering in terms of food and drink and environment. The success that we attained there helped us gain some trust with the ownership group who then asked us to come up with something that would continue to celebrate the stadium but also do something really close to my heart – that is, taking art out of galleries, which may not feel very accessible to the average minor league baseball fan. I wanted to make art as approachable as humanly possible, knowing that galleries and museums can be sometimes intimidating. We have 8,000-10,000 people coming to see each game and it’s fun not only getting to watch some of them enjoy this sport of miniature golf, but also to see them learn about each artist and engage with the installations at each hole.

Q: What was the process for choosing which Nashville artists to feature?
M: Well, I am no expert on art by any means and don’t pretend to be, but I am someone who appreciates it and has the ability to connect some dots. I sit on the board of OZ Arts, which is an incredible organization here in Nashville, and their Head of Art Curations, Lauren Snelling, was really instrumental in helping curate a lot of the relationships she had with artists. Our buddies with whom we’ve worked before in some of the restaurants came in as well to create some special holes for us. We really just gave them a budget and said, “be creative, and do whatever you want.” 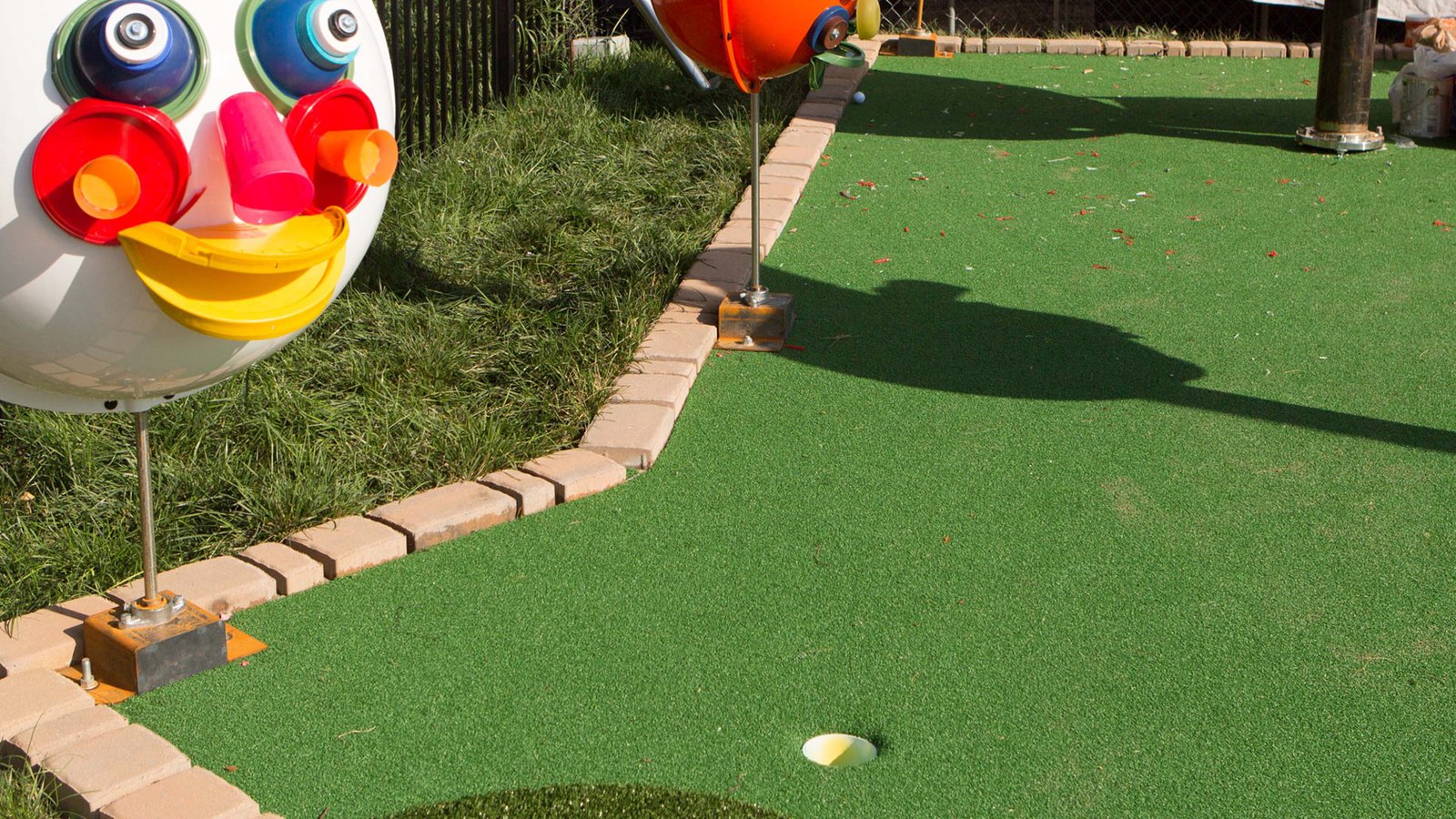 Q: And are these more up-and-coming artists or established artists or a sort of hodge-podge?
M: It’s definitely a mixture. You have people like Alex Lockwood and Bryce McCloud and Herb Williams, who have a very strong artistic presence across Nashville as well as the United States. But then you have some folks that I think would be considered more of the up-and-comers, and I think this was a great exposure piece for them. It’s been great hearing stories of people going through the golf course and seeing the art that these artists created in such a unique setting and eventually contacting them to do private commissions.

Q: In other interviews, you’ve mentioned that all of this came together in a matter of two months. How did you pull this off in such a short period of time?
M: It’s a real testament to the artists themselves, as they all hit a very, very tight timeline. And the bonus is that as soon as an artist named Mario Martinez, who has a global presence, who’s here for the Nashville Murals Project where we actually featured one of his pieces at Pinewood for a few months, found out about it and created a canvas for us, which is really world-renown art that people have actually come to Nashville to see. So the fact that we have a mixture of these incredible local artists who I think do world-class art and then have this incredibly established massively commissioned artist who just wanted to be a part of it and created something that still lives, is pretty special. 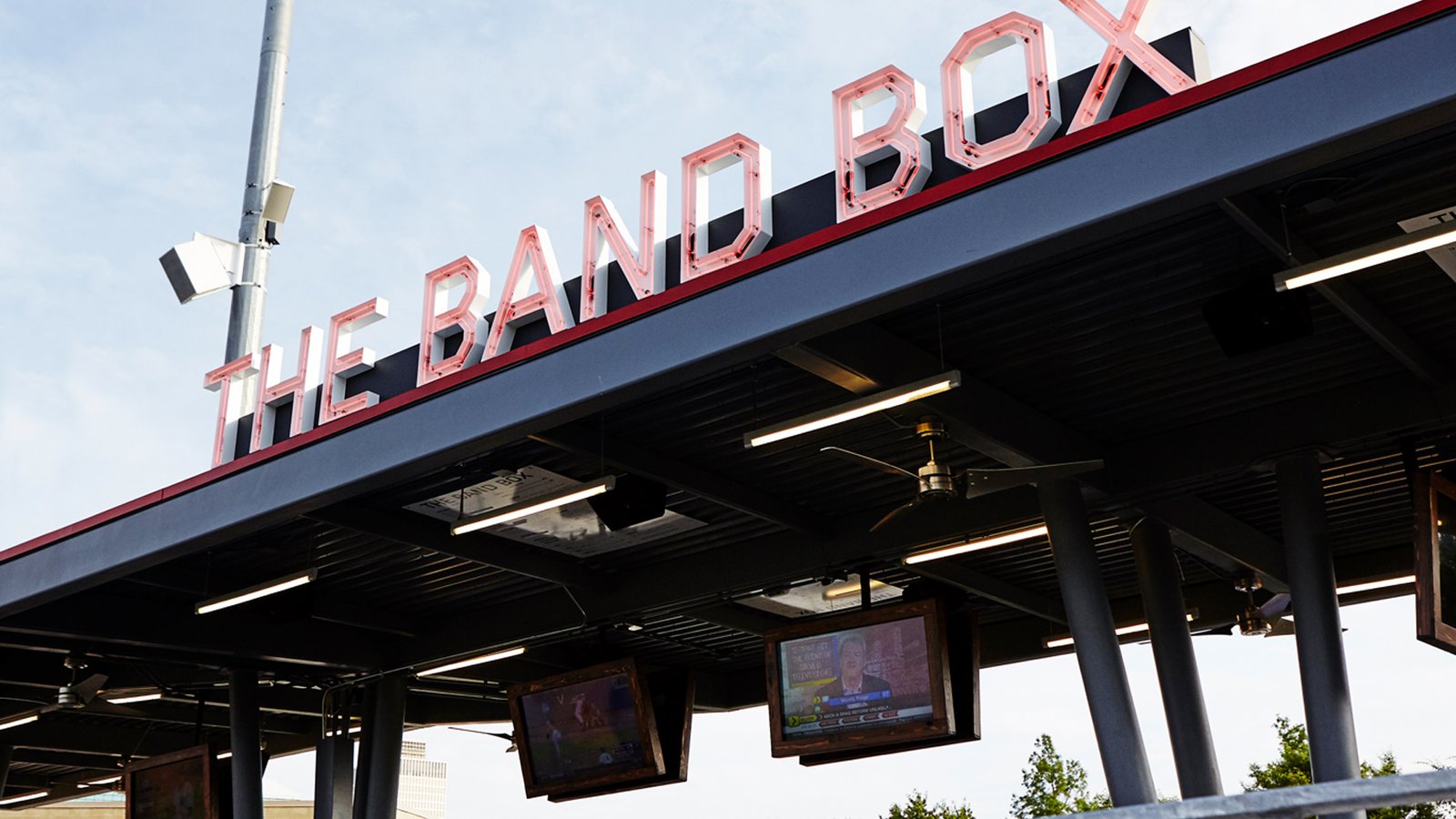 Q: What are some of the reactions you’ve had to the art that you’ve featured?
M: The most common reaction is one that organically happens where most people don’t realize what they’re entering into until they go through it, and see that they’re not just playing a miniature golf course, but the most thoughtful miniature golf course I think a lot of these folks have ever played. I would say the most fun thing for me has been watching families go through the course. Early education has always been something close to my heart and watching these elementary school kids w stop and read about the artist and then ask questions about the artist and then follow up and potentially want to see their art in other settings – that’s been the coolest thing. The course is a great addition to the ball park and something that continues to differentiate it from other minor league baseball stadiums. But it’s also hopefully helped to make art more approachable.

Want your ideas, words or photos featured on GalleryMonthly?

Send us an email at [email protected].